There is a collective call on behalf of researchers and citizens advocating better data collection and analysis to recognize risk factors potentially related to police misconduct. Most law enforcement agencies do not collect or analyze this data in a systematic way. Robin Engel, director of the Center for Police Research and Policy in Cincinnati, Ohio, says this means police departments are essentially “operating in the dark” about what policies, tactics, and strategies should be followed (1).

A study released in 2015 analyzed the demographics, career history, performance evaluations, arrest history, sick leave, complaints, and firearm range scores of NYPD officers involved in shootings to identify and understand the risk factors that lead to police shootings. The results indicate that officers rapidly accumulating negative marks in their files were 3.1 times more likely to shoot than other officers (2).

Another study released in February 2020 suggests that officer activity is a strong predictor of the propensity for officers to shoot rather than use another form of force, especially as it relates to the number of civilian complaints (3).

Some communities are taking the initiative to address the enormous costs associated with alleged police misconduct. New York City Comptroller Stringer wrote to Mayor Bill de Blasio, “acting aggressively to identify and hold officers accountable for police misconduct will not only save dollars in future lawsuits, it will spare many New Yorkers the needless pain and suffering stemming from the unnecessary use of force or other violations of civil rights” (4).

Results from a survey of 47 of the largest US law-enforcement agencies between 2015 and 2017 indicate that in 2015-2016, 39% revised their training and changed their use-of-force policies. Among these agencies, officer-involved shootings dropped by 21% during the study period (5). This is evidence that agencies would benefit from tracking situations in which force was avoided by de-escalation strategies and recording whether the use of force is at a lower level than it might previously have been.

Better data collection and intradepartmental communication may be the key to minimizing incidents of unnecessary uses of deadly force and relations between civilians and law enforcement officials.

The Manager’s Guide to Leading a Remote Workforce 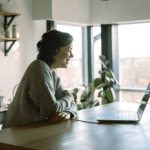 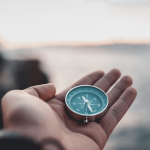 Navigating Uncertainty as a Leader